Oshumu was born in a small village on the slopes of Mount Kilimanjaro, the eastern-most part of Longido District. He’s witnessed the dramatic land reforms that have engulfed many Longido communities over the past few decades, from the privatization of the vast commercial barley farms on Mount Kilimanjaro, to privatized agricultural developments in his own community and, most recently, the reforms associated with conservation. He recently graduated from Mzumbe University with a degree in Public Administration, in which he studied how civil society organizations, like Sauti Moja, are influencing government institutions and reforms. Much of his research has focused on the risks and opportunities of Wildlife Management Areas. He headed up a pilot project related to civic participation and environmental governance in 2016 and is now taking on the big challenge of leading the recently launched Land Is Our Life project. He’s a strong advocate for land rights for the Maasai and brings new life to this dimension of Sauti Moja Tanzania’s efforts.

As the local chairman of Sauti Moja, Mr. Lendii is responsible for facilitating board meetings, advising the day-to-day business of the organization and acting as a main support for the rest of the organization’s staff. Before working for Sauti Moja, Lendii has worked as a Range Management Coordinator for the Ministry of Livestock, followed by an administration position with a community conservation program, and finally, was employed with the Frankfurt Economic Society in Serengeti. His main interest lies in the field of conservation and his hope is for a greater focus of this in Sauti Moja’s future projects.

For 41 years Sarah focused on her career as a teacher, but 3 years before retiring she decided to go back to school to take a Montessori course. With this education under her belt Sarah proposed an idea to Sauti Moja Tanzania that resulted in the Early Childhood Projects now functioning in Longido and Oltepesi. Before facilities or teachers were even provided, Sarah started teaching this new form of education to children under a tree and now continues to coordinate Sauti Moja’s educational projects to this day. Her dream is to see more Montessori schools built and more children impacted not only throughout the Longido District, but all of Tanzania. 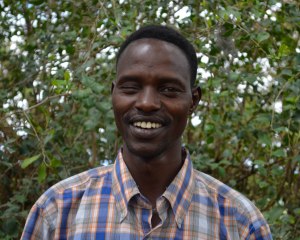 Karoli is a local facilitator of SM-TZ’s Community Conversations (CC) project in the villages of Mairowa, Oltepesi and Ngoswak. Considering the negative stigma and lack of education surrounding HIV/AIDS awareness, Karoli has become a prominent male figure and vocal advocate for more growing awareness in relation to the disease. He is passionate in his efforts to help the public understand the disease, overcome the challenges and offer methods of preventing further transmission. Beyond facilitating, Karoli is also responsible for mobilizing communities to attend CC events and counseling people living with HIV & AIDS. 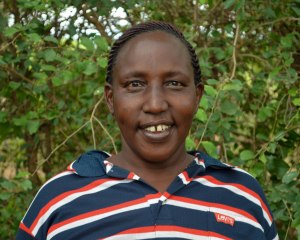 At the office and throughout Longido, Esupat is more commonly known as Mama Dan. Her motherly title is reflected in her vital role of caring for and assisting the young Maasai girls who are supported in SM-TZ’s Child Mothers project. Mama Dan is the main care taker and role model for these girls when they come to seek support from the organization.

Well-known and respected within his community, Siyanga is always found with a smile on his face and with a desire to help his community. Beyond driving SM-TZ team members all across the district, a lot like Karoli, Siyanga also coordinates and facilitates Community Conversation meetings with the communities, mobilizes communities, counsels people living with HIV & AIDS, serves as a government liaison, and, most recently, is an elected representative for community wildlife management.