While national parks provide a means of protection from the outside world they also create an opportunity to create revenue through tourism. There have also been more recent efforts to institute “community conservation”, which seeks to empower local communities to manage natural resources (especially wildlife) and share benefits from the tourism industry. Theses areas are called Wildlife Management Areas (WMAs), and in the Longido District where we are based, the activities of the Enduimet and Lake Natron WMAs are most prominent.

What mainly concerns SM-Tz in regards to conservation and wildlife protection is the potential impacts such practices could have on customary land use for the Maasai. As land is increasingly set aside for conservation purposes, the Maasai are finding access to grazing areas for their livestock is shrinking and their traditional ways of interacting with the land are being questioned.

Although the implementation of WMAs seeks to include and benefit communities like the Maasai, this system has become rather contentious in Tanzania. Proponents argue that it is an important strategy of conserving wildlife while also ensuring that communities receive revenue from tourist operations (e.g. hunting and photographic tourism). But critics argue that WMAs could disempower villages from managing their resources, which in turn could compromise customary management institutions and land use. The concern, for the critics, is that tourism revenue and operations will be prioritized over the Maasai’s grazing rights, further jeopardizing indigenous livelihoods.

For better or for worse, the breadth of Longido District is now encompassed by WMAs. Subsequently, Sauti Moja is committed to ensuring the communities are well-informed and have the capacity to participate in WMA governance, so as to mitigate concerns and help realize the benefits that can accrue from WMAs.

1) Research & Advocacy Initiative: “The Institutional Canopy of Conservation: Governance and Environmentality in East Africa”, in collaboration with McGill University, Canada.

2) Land is Our Life Project: This project aims to educate and mobilize Maasai residents of Longido District, Tanzania in order to have their voices and interests heard in the face of the many threatening land changes that are rapidly unfolding 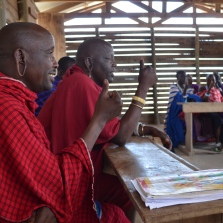 For the past several years SM-Tz has also partnered with University College Utrecht’s Africa summer program providing an opportunity for student interns to facilitate various research projects. In the summer of 2013, SM-Tz hosted Fanny Olsthoorn and Krijn Turkenburg who conducted research on the roles and challenges faced by Village Game Scouts (VGS) in the Enduimet WMA. If you would like to read their report click here. 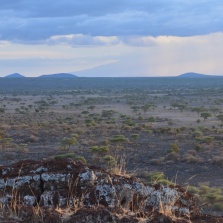 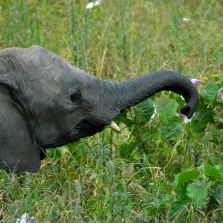 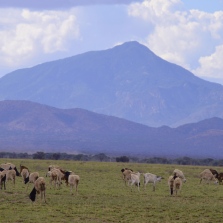